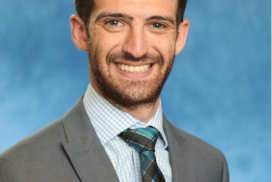 Student antisemitism victim receives £15,000 compensation from SOAS An Appeal Panel appointed by the School of Oriental and African Studies at London University (SOAS) to consider a student’s complaint has recommended that there should be an independent investigation into whether there was a toxic, antisemitic environment and institutional antisemitism at the School and/or its student union.  The Panel stated that there was a prima facie case which warrants a full investigation. The recommendation was made by the Panel following its hearing of an appeal by a Canadian SOAS student, Mr Noah Lewis, from the outcome of an investigation of a complaint he had made.  During his time at SOAS in 2018/19, Mr Lewis, a Canadian, found the level of antisemitic behaviour and the toxic environment at the School affected his ability to study, caused him anxiety and ultimately resulted in him having to withdraw from his program.  Mr Lewis claimed a refund of his tuition fees and other expenses he had incurred as a foreign student during the year.  UKLFI Charitable Trust and The Lawfare Project assisted Mr Lewis with his appeal. Noah Lewis SOAS has now reached a settlement with Mr Lewis, paying him £15,000 compensation. Despite the settlement, the Appeal Panel recommended that SOAS should still go ahead with an independent investigation of the key issues at stake in this case. This recommendation is to be discussed with the incoming SOAS Director, Prof Adam Habib, in January. The previous SOAS Director, Baroness Valerie Amos, left earlier this year, as well as the School’s Legal Adviser and Chief Operating Officer.  There is currently no Jewish Society operating at SOAS. Daniel Kosky, campaigns organiser  of the Union of Jewish Students (UJS) explained that they had received many reports about SOAS being a hostile environment for Jews. He said that UJS was concerned that no student at SOAS was willing to be an officer of the Jewish Society this year, so it is no longer operating. Although Mr Lewis’s complaint against SOAS was originally upheld on one specific issue with compensation of £500 being recommended, he appealed against the decision since it had disregarded his complaint regarding SOAS fostering a toxic, antisemitic environment on campus, and its pervasiveness amongst its student union, students and certain members of the faculty and administration. The Appeal Panel agreed that it was clear that the central part of the complaint had not been investigated and that only a narrow strand of the complaint had been investigated:    “The panel considered the objection that it would be inappropriate for every complaint from any individual student to trigger a full scale and meticulous, perhaps external, investigation of the whole culture at the School and the Student Union … But it also came to the view that in this instance, there was a prima facie case which did warrant such a full investigation.” Mr Lewis’ complaints about the toxic atmosphere during his time at SOAS from 2018 to 2019 included the following examples: On 01/03/2019 an email was sent from the Student Union (SU) to all students stating that “yesterday there were a group of external individuals, … apparently … Continue reading Appeal Panel recommends investigation into “toxic, antisemitic environment” at SOAS

Copy and paste this URL into your WordPress site to embed

Copy and paste this code into your site to embed